Posted by Donaji at 7:59 PM No comments:

now that summer is over i was left with a few of those foam tubes.. i cut them up and gave them to my daughter to lace thru. she had ton of fun... 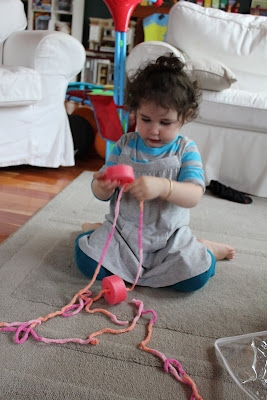 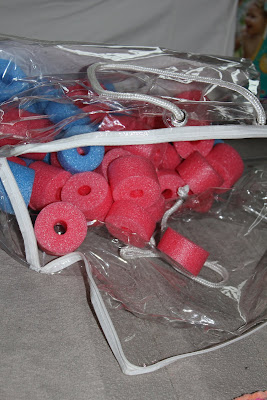 This weekend was a weekend full of birthdays!! my big boy turned 4!!! where has time gone?? we did his pirate birthday party saturday... here is the details
invitation 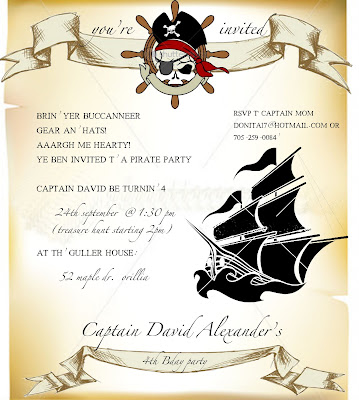 devil eggs, sausage and green pasta.. ( i made humus devil eggs... so instead of mixing the yolk with mayo i mixed it with humus... i cut the sausage before boiling it and it curled up when boiled perfect to be an (octopus) and i put some food colouring to the boiling water that cooked the pasta... and viola!!! we had some stations set up

+ walk the plank; this was a huge success even adults join in the fun + collect a treasure ... tossed some necklaces, coins, pop rings, and jewels in for the kids to find... huge success + skulls huppla ... this one they had to toss the ring to a skull

+ pin patch in the pirate ... i made this out of felt and glued it in a piece of plywood

+ pirate pretzels ... they hat to collect as many preztels with the hook in 10 sec + toss a skull ... they had to to toss skulls in the hole we also had a treasure hunt

the first clue was to find a parrot (We put it in the tree... besides there was a hanging bottle with a picture of sand) then they had to go to the sand box and find the second clue.. wich was a picture of a graveyard (i put some dollarama tomb stones) and they found the pic of gold bars (i painted some styrofoam gold) and then they found a pic of a crocodrile... there they found a treasure box with all the loot bags

i made yute bags iron on them pics of jake and the neverland pirates for boys and izzy for girls... inside we put crayons a colouring book and a necklace igot make in easy.. Posted by Donaji at 7:54 AM No comments:

i wanted to share this lecture on what it means to truly observe a child the montessori way... great read

In Montessori education class we talk a lot about the “Observation” of a child. But try and look-up on the internet to find out what that means and you will not find a lot of information! Observing a child is a process in which you will need to experience it in order to understand how to do it. I will try and explain it a little better for you.

Let’s start with what a traditional teacher might do when observing a child:

Betty was putting a puzzle together and picked up the pieces and threw them at the child that was sitting next to her. Her teacher saw this happen and ran up and told her she needed pick up the puzzle and go sit in “time out.”

In this situation the teacher observed the misbehavior and corrected it. Right? Now let watch how a Montessori teacher would observe this situation:

Betty was putting a puzzle together. Her teacher was sitting in a chair facing the children and watching the entire room in her periphery vision. She knew that Betty was putting a puzzle together. She also knew from observing Betty many times before, that Betty tended to get frustrated when she found work challenging. The teacher got up and went and sat down next to Betty without saying anything. She brought a puzzle of her own to do. The teacher took the pieces of her puzzle out of the frame one at a time as Betty was doing.

At the exact moment that Betty was going to throw the pieces the teacher turned to Betty and said, “Betty, would you be able to help me with my puzzle?” “Sometimes I feel upset when I do work because some jobs are harder for me than others.” “Would you help me this time?”

As Betty helped the teacher they chatted about being frustrated and what that meant. They talked about way they could learn to not worry about doing everything fast and easy.

The teacher knew from her observations before that day that the reason Betty would get frustrated was that most work came easy to her. When a job was more challenging she thought she was dumb and the children would laugh at her.

When a Montessori teacher sits down and observes a child doing work (which should be often) she needs to watch with her heart as well as her eyes. As adults, we often jump in when we shouldn’t and then there are those times where we should have done something and we didn’t!

Only after observing a child, will we know what activities should be presented next. If a child is having trouble, it’s because we are going way too fast. Remember a child’s time and ours is different. A child feels that they have all the time in the world to check out their environment. Adults feel that time is always too short and it’s always running out! Pay attention to the moment when you are observing a child. Watch how they interact with the materials and how they go through the steps. Do they skip certain steps? What is their body language telling you? Are they uptight? Are they smiling and relaxed? Is their tongue sticking out in concentration? Are they easily distracted? Which children do they watch? Is the job too easy? Is the job too hard? These are some of the questions that you should be thinking about as you are observing the child.

With practice, you will be surprised that observing a child become almost automatic. I find that I am always observing people around me and trying to figure out the best way to serve them in honor and respect for who they are. With practice, you will be able to see clearly what to do and when to do it with a child. You won’t be frustrated or at a loss anymore. But you have to start now and you have to practice! “How often?” you ask? I think that you should intentionally observe each child every day for 10 minutes. The goal is for you to be able to know when something is not going right with a child and then taking deliberate time to observe them. Other times the goal will be for you to learn how to make observing children as automatic and natural as breathing.

Give it a try! Slow down and give it a try! You won’t be sorry! Know that in the quite of the moment of observation, you are joined by other teachers that are doing the same thing as you are at the same time! 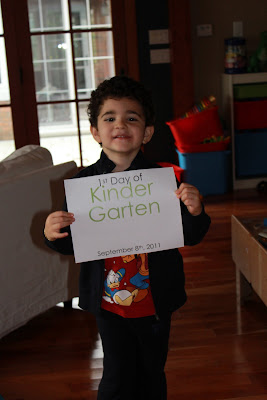 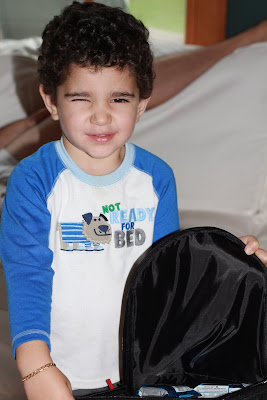 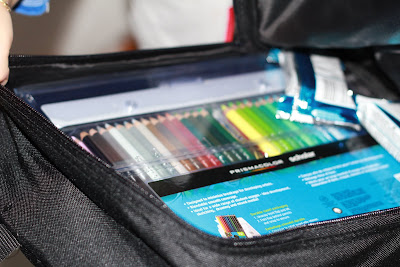 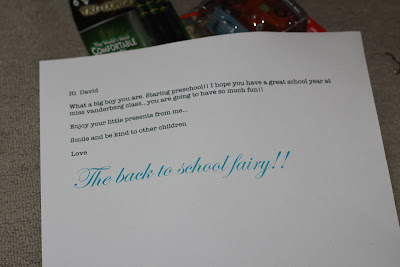 and off he went to school with a loaf for the teacher. I shed some tears to see my baby boy all grown up. It is a big step for us. For the last 4 years i've been his primary care, he has needed me for everything and the time has come where he is going to start needing me less and less. Where his world won't revolve around us. Where i won't be able to protect him from what he comes in contact with. I am excited for him but at the same time i wish i could always keep him this small.. 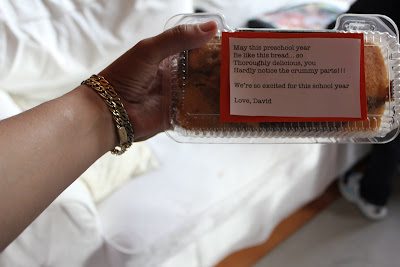 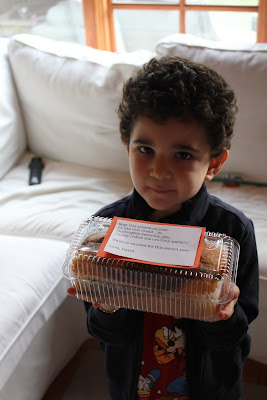 when i picked him up, he was crying he didn't get to come home in the bus. he was exhausted he fall asleep in the car 2 min after climbing on it. and then an amazing surprise, his teacher called to see how he had done? and to thank us for the loaf! what a great surprise! :)
Posted by Donaji at 8:01 PM 1 comment:

Practical life
Washing up bugs - we got some plastic bugs and david will wash them up. 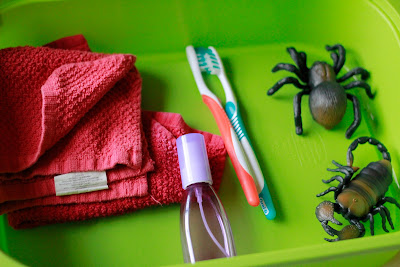 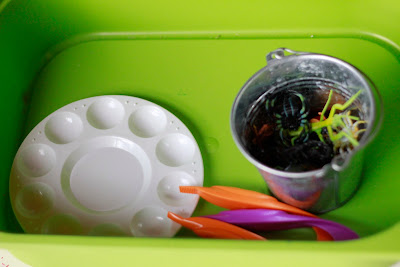 folding - we are starting easy with folding just square cloths... we will eventually progress to pants and shirts 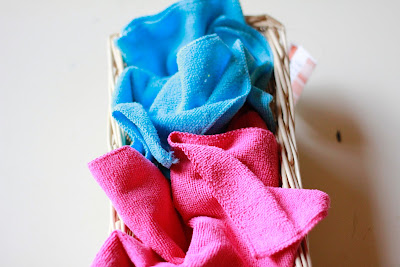 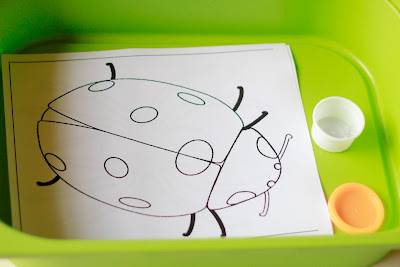 Posted by Donaji at 6:56 PM No comments:

The kids made a few things for daddy this year...
we made a frame that spelled daddy 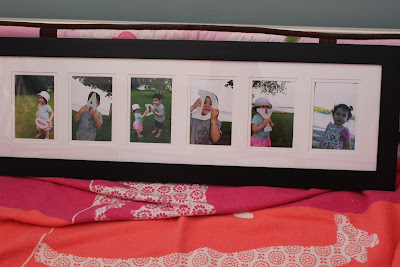 we also made a tshirt for dad with handprints on.. ;) daddy loved it!!! 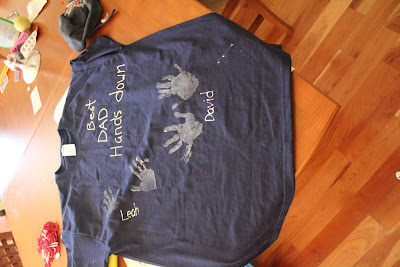 Posted by Donaji at 6:18 AM No comments: